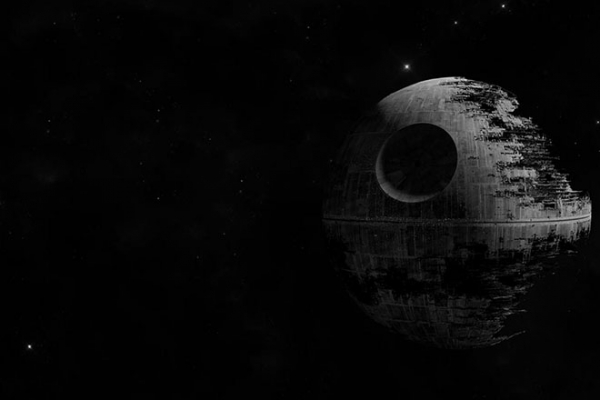 What is right order to watch the ‘Star Wars’ movies!

Let's say you grew up watching the Star Wars trilogy, and then had children sometime after 1999, when George Lucas started releasing the prequels.

When your kids are old enough, what order should they watch the films in?

There are two obvious options for watching the Star Wars saga.

This is no small question, especially for first-time viewers. The original trilogy (IV-VI) gives the impression the main character in the Star Wars films is Luke Skywalker, while the prequel trilogy (I-III) are all about his pop Anakin’s turn to the Dark Side.

The problem with Episode Order is that it ruins the surprise that Vader is Luke's father. If you think that this reveal doesn't matter since it's common knowledge, I suggest you watch the looks on these kids' faces. This reveal is one of the most shocking in film history, and if a newcomer to the series has managed to avoid having it spoiled for them, watching the films in Episode Order would be like watching the ending of The Sixth Sense first.

The other problem with Episode Order is that the prequels don't really have a story. They're just background for the real story, which is Luke's attempt to destroy the Empire and save his father. Watching 3 films of backstory is boring if you've never seen the films they're the background to. Hell, that's why George Lucas made Star Wars (later renamed A New Hope) first - it was the most interesting story he had in his brain at the time. Starting someone off with Episode I is a surefire way to ensure they don't make it through the entire franchise. The only good things about Episode I were the pod race scene and the Darth Maul lightsaber duel, please never, ever mention midi-chlorians, thanks!

My conclusion is as followed:
Watch the films in chronological order, starting with “Star Wars (A New Hope) (1977)” aka “Episode IV”. This means totally skipping the 1999 - 2005 films. “This movies doesn’t exist, like the Star Wars Holiday Special…”

Unfortunately, this has a big flaw due to a single shot. If you're watching the official releases and you view the original trilogy first, then after the Empire is destroyed and everyone is celebrating, Luke looks over at his mentors, Ben Kenobi and Yoda, and suddenly they are joined by... some random creepy looking teenager who needs a haircut. Placing Hayden Christensen in the ending of Jedi, since he's not in ANY of the other films, turns an ending that should be celebratory into one that is confusing for the viewer. The fact that Christensen looks like he's undressing someone with his eyes doesn't help.

What then to do, if you’re not lucky enough to have the original releases lying around?

If I really have to make a compromise with George Lucas, since he decided to corrupt his films by remastering them, then my final conclusion for the right order will be neither the Release Order, or the Episode Order, but a “Semi Chronological Order”

I did not include "Episode I: The Phantom Menace (1999)" for the sole reason that I believe that this order has the most benefits:
Most notably, a whole lot less Jar Jar Binks and super-whiny Boy Anakin. But it also makes the entire experience of the Star Wars saga more rewarding.

Luckily, when the final three movies of the series come out (Episodes VII, VIII, and IX), they will continue under the continuing chronologies. Assuming, of course, that they're worth watching at all.

May the force be with us all...