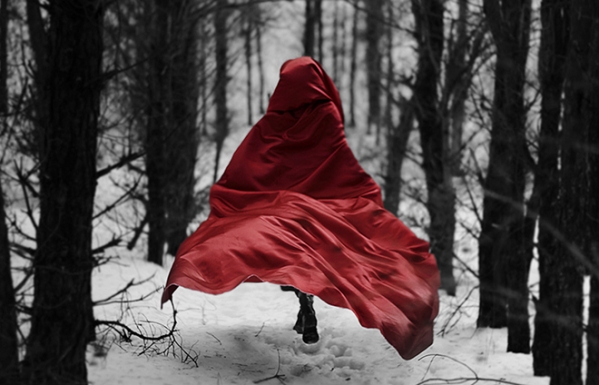 On the Importance of Fairy Tales

Should we continue to read these often frightening stories to our children, and for ourselves for that matter?

Fairy tales, of course, have been with us for a long time. Some of the earliest were written in a Neapolitan dialect by Giambattista Basile in Italy the early seventeenth century: Lo cunto de li cunti overo lo trattenemiento de peccerille (Neapolitan for "The Tale of Tales, or Entertainment for Little Ones"). These original versions of stories like Rapunzel, Little Red Riding Hood, and Cinderella are more violent and more overtly sexual than the later versions. They were taken up again, made more respectable, and added to by the Brothers Grimm in Germany and also by Charles Perrault in France in his Mother Goose Stories.

Some of these stories, like Cinderella, are truly universal, existing all over the world in all languages from Zulu to Swedish, with slight variations: the glass slipper may become a grass one, for example, but in them, surely, we find proof of our common humanity.

Still, is this a good reason why we should, you might wonder, continue to read these old and, after all, often frightening tales (children lost in woods and found by a witch who fattens them up to eat them in Hansel and Gretel, or wolves chopped open by hunters so that grandma can escape in Little Red Riding Hood) to our little ones?

Yet it seems very important to me, perhaps even more important today, that these ancient stories should be repeated again and again. The violence within them is always contained within a satisfying structure with a reversal, and the requisite happy ending. Here good and evil are so conveniently and completely separate. There are no gray areas in the fairy tale. The appearance of the villain allows the child to freely project his own violent feelings onto these separate and satisfyingly wicked beings. Unable to express anger or hatred directly toward those adults on whom the child depends on, he/she can displace this natural aggression and give free reign to it personified by the villain: the stepmother, the wicked wolf or the witch.

At the same time, having split good and evil so completely and satisfyingly the child can identify with the good hero or heroine. He/she can beat his way valiantly through the thick forest to rescue sleeping beauty or magically acquire the carriage, grand dress and glass slippers to enchant the prince. The child can identify with the small, the weak or the downtrodden (little Cinderella, sweeping the hearth, for example) who, in a gratifying reversal, is able to overcome the odds and triumph, marrying the prince. These tales thus permit both the expression of natural violence and at the same time preserve that essential part of life without which the child cannot prosper: hope.

This reversal which so often lies at the heart of any good story (think of Jane Eyre who ultimately marries Mr. Rochester, a damaged Mr. Rochester to boot, in Charlotte Bronte’s masterpiece) is particularly satisfying to the small, helpless and completely dependent child. Here, in these ancient tales, the small boy or girl can through the hero/heroine triumph over the large and often dangerous-seeming adults around him or her.

Perhaps even more importantly, the fact that these tales are read or told by the very adults that the child both loves and fears enables this transaction to take place so comfortingly again and again within the safe perimeters of the home. There is something essential about the repetition of the same words which soothes the child, nurtures the imagination and assuages his fears.