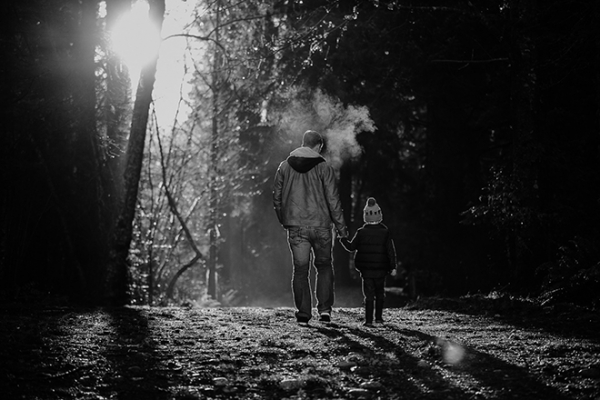 On the Importance of Being A Dad

“I believe that what we become depends on what our fathers teach us at odd moments; then when they aren’t trying to teach us.”
– Umberto Eco

While almost any man can father a child, I believe there is so much more to the important role of being a dad in a child’s life.

Parenting is the chance to have the most fun and rewarding experience of my life. As Mr. Eco stated; you’re parenting, even when you think you aren’t. This is why the importance of being a father is so magnificent. Not only being a father but a great one. Seeing, how you are as a father will be mirrored in your future grownup child.

I know that my kid's primary relationship with me, as a dad, can affect all my kid’s relationships from birth to death, including those with friends, lovers, and spouses. Those early patterns of interaction with me are the very patterns that will be projected forward into all relationships...forever more: not only my kid’s intrinsic idea of who he is as he relates to others; but also, the range of what my kid considers acceptable and loving.

Girls will look for men who hold the patterns of good old dad, for after all, they know how "to do that." Therefore, if father was kind, loving, and gentle, they will reach for those characteristics in men. Girls will look for, in others, what they have experienced and become familiar with in childhood. Because they’ve gotten used to those familial and historic behavioral patterns, they think that they can handle them in relationships.

Boys, on the other hand, will model themselves after their fathers. They will look for their father’s approval in everything they do, and copy those behaviors that they recognize as both successful and familiar. Thus, if dad was abusive, controlling, and dominating, those will be the patterns that their sons will imitate and emulate. However, if a father is loving, kind, supportive, and protective, boys will want to be that.

Human beings are social animals and we learn by modeling behavior. In fact, all primates learn how to survive and function successfully in the world through social imitation. Those early patterns of interaction are all children know, and it is those patterns that affect how they feel about themselves, and how they develop. I know that my kid is vulnerable to those early patterns and incorporates those behavioral qualities in his repertoire of social exchange. So, therefore my role is to be the best role model as I can be for my kid.

Even though the roles in a family have changed over the past 60 years, you still influence everything stated above, as a dad, no matter what type of family you have. As the nuclear family has decreased, many people raise their kids without the wedding ring. Rather than a stay-at-home mom, families have also seen a growth in the stay-at-home dad.

Other fatherly types exist too such as step-dad, single dad, adoptive dad, gay dad, and divorced dad. I hope my family life will continue to exist as it does today, but I you never know what the future will bring, even though I serioucly doubt that I will end up as a gay dad...
A father can still show affection, love, support, and be involved after "a family breakup". You can do a great job raising a child after a divorce; just as much when you are married. I believe the most important part is that you are there, as a father, in your child’s life, no matter the situation. As the protector, caretaker, act as their disciplinarian, an entertainer, be their number one support system and encourage them.

Years ago, psychologists stated that a father’s role was not as important as the mom’s role. But they were wrong. No matter what type of family you belong to, your importance as a father remains the same.

Understanding the role of a father takes time. Every man has the potential to be a great father. It does not come overnight. It takes hard work and time to become an excellent father. So, I look back on my childhood and reminisce all the things my dad has done for me. Trying to bring with me all the best things into the life of my kid, and remember the parts I didn’t like and reflect on how I can do that better.

“He didn’t tell me how to live; he lived, and let me watch him do it.”
– Clarence Budington Kelland