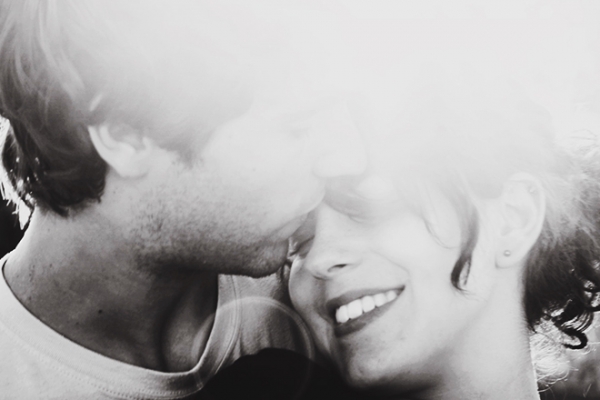 Do you believe in a soulmate? A good friend of mine asked me that question a while ago, and I answered without any hesitation…

You probably grew up hearing about the idea of "finding a soulmate." Or finding that ONE TRUE LOVE that was meant to be with you. It would just "happen"... You would just know it when you met the person you was supposed to be with...and that there was the one out there that was just meant for you. This person would make you feel whole - like two halves coming together to complete each other. You felt like if you got close enough to someone to just love with all your heart - and if that person could make you feel completely comfortable, confident, and accepted and if you could do the same back...that THIS would be a sign that you were meant for each other. THIS would feel like true love. If you could fulfill each other’s' needs, make up for each other’s weaknesses, if you could accept each other as you were (even with who knows what kind of drama), if you had similar tastes in music or the like, if you just "got" each other (whatever that means), if you had a chemistry through the roof and "love" and longing that felt like magic - that it would mean that you would have enough love to make a relationship/marriage work - because "love" could get you through anything. You believed that couples who seemed to have happy relationships and marriages MUST be soulmates.

I can’t feel further from all of these ideas, and this is why:

In other words, don't spend the greatest portion of your time and energy trying to FIND a soul mate and hoping, hoping, hoping that love will just "happen" or cross paths with you somehow. Instead, spend the greatest portion of your energy developing your own character independently (whether you are single or married) and first BECOME the kind of person that could even be capable of being a good partner at all!!

To be someone that would appear like a soulmate (happy, full of love, tenderness, understanding, wholeness, oneness, togetherness) - one must FIRST be able to bring their OWN happiness and wholeness to the table individually. Healthy, thriving togetherness and healthy love cannot exist between two dysfunctional, desperate people! Whether you or your partner bring that from day 1 or learn to bring it later in a relationship (which is so beautifully possible!!), I do really think that individual self-worth and the ability to know how to be happy independently (separate from circumstances and the behavior of others) is necessary for a thriving, healthy relationship to be at its best.

BONUS #1:
It takes one to know one. By developing this character in yourself (and living it and breathing it) - you will be sharp at recognizing this character in others. AND! You'll also have the self-worth needed (which you'll need in the biggest way!) to walk away from partners who do NOT have this kind of life. (And you know we've all been there and have been unable to walk away from a relationship when we should have... ENOUGH of that crap!!!!)

BONUS #2:
Happiness and wholeness make you RADIANT and ATTRACTIVE to the kinds of partners you would want to attract anyway.
So, do I believe in soulmates?!? :)

Well, I do! as I also told my friend. I do believe in a soulmate, but not in the fairytale kind of a way described in the beginning, and I don't believe in the single destiny one...

I believe that you can feel like soulmates because you have worked hard to BECOME the kind of person that could be a good partner. If you do that work before you even meet your loved one and you come to the table individually with something to offer, and you could easily tell that the other was offering something good as well. THAT CHARACTER is what you will recognize in each other when you meet (instead of seeing each other as a long-lost partner who are fulfilling your lack of wholeness). So yes, you can feel like soulmates because you have become them.... you are both on the same path in the ways that matter. Your souls are aligned. And it's the most beautiful thing you ever will experience.

Ideally, a relationship/marriage shouldn't happen if only one person is bringing "soulmate" material to the table. Ideally one will be able to recognize this and move on. Though sometimes a marriage still happens... sometimes neither partner is "soulmate" material when they get married. But there's still SO much hope! I really believe a couple could turn things around if they wanted it to happen. Though, in some cases, maybe only one person will want it enough.