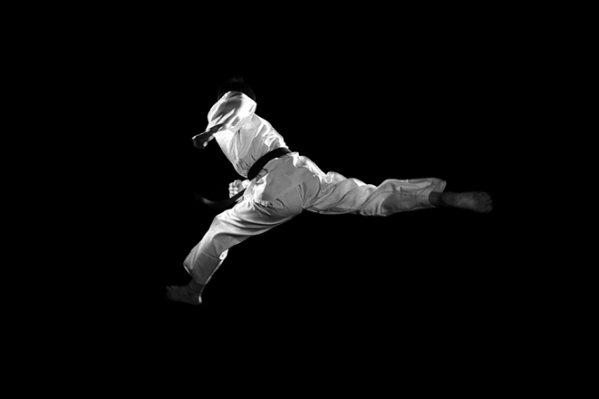 I have a little confession to make, as a Teakwon-Do instructor, about a belt – so black, it defies both time and space.

The image of that dark, mysterious and exotic belt – flawlessly tied around the six-pack abs of a fearless fighter – was projected at you day and night, by everyone around you.

Just get the black belt, and everything would be perfect.

Well… At least that’s what they wanted you to believe…

They really did, and for the most parts they actually succeeded trough all those Books, Movies, TV shows, Magazines and, Advertisements.

Until you realized the following:

No matter how many times you watched The Karate Kid, Kwai Chang Caine or Ninja Turtles, the ancient cornerstone principles upon which the art rested would NEVER have anything to do with a piece of black cloth hanging around your waist.

The black belt was a lie, a myth, a fairytale, based on a fundamentally flawed fact.

You see, the day after you got your black belt, when all the partying and hoopla stopped, you undoubtedly came to a pretty disturbing realization:

Sure, you probably have a few more bruises. Maybe even a black eye, or a sore rib. And your wallet is probably a bit slimmer, from that hefty grading fee you had to pay.

Now you can finally stop focusing on “that belt”,

and start focusing on yourself.

A black belt is not the end. It never was. It is the very beginning.

I am a result and solution oriented person. These are qualities I have earned through several years with management responsibilities due to my positions and duties, where flexibility, initiative and my ability to carry out, have been much appreciated.

I’m structured, extrovert, and I always do my level best to contribute to a good collaboration and work environment.
Keywords to describe me are: eager to learn, honest, service-minded, loyal and flexible.

I live a balanced life, and apply ethical principles to make a significant difference.

I inspire others to act through my actions and words, both oral and written. Not only do I constantly seek to challenge myself and develop as a leader, I also support and mobilize others to do the same.

I am known for inspiring my students to be more than they thought they could be.